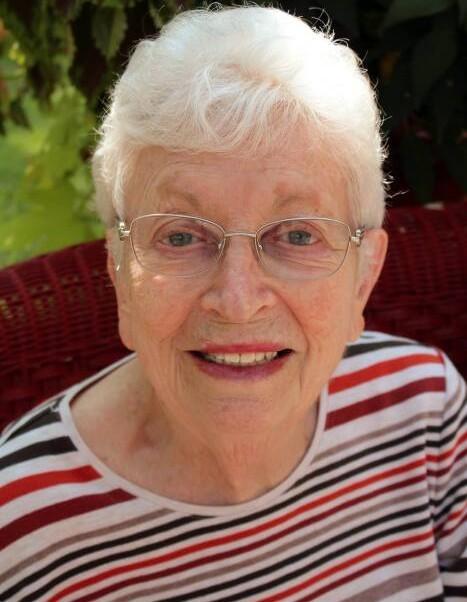 Carol was born October 25, 1929 at Morrison, Illinois the daughter of E.B. Petersen and Theo Blodgett Petersen. She graduated from Morrison Community High School, attended Cornell College and Graduated from Marycrest College, Davenport, Iowa.  She taught 2nd grade at Hawthorne and Jefferson schools in Clinton, Iowa.  She married Kent W. Lange, August 21, 1949 in Morrison, Illinois and made their home in Clinton, Iowa for 65 years. They moved to Centerville in 2014 to be near family.

Carol was an active teacher, helping introduce Outbased Education to the State of Iowa.  She was very artistic, quilting, needle point and basket weaving. A mother and a grandmother, she took interest in all their activities and endeavors.

She was preceded in death by a grandson Michael; her parents; and her brother EB Petersen.

Private graveside services will be held.  Burial will be in Oakland Cemetery, Centerville. Memorials may be made out to Centerville School Foundation, and may be mailed to Lange Funeral Home and Crematory, C/O Lange, 1900 South 18th Street, Centerville, Iowa 52544.  Condolences may be shared online at www.langefh.com.