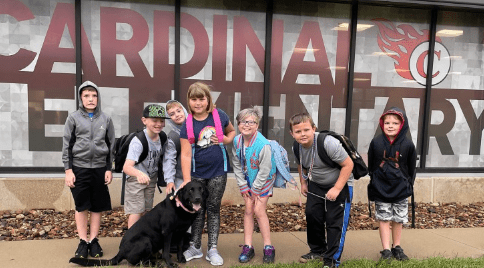 The Cardinal Community School District announced a furry new addition to its staff.

According to the district, Hank and his partner, special education teacher Nicole Ward, will be available for any student. Ward describes what she and her four-legged co-worker want to accomplish.

“My goal is for Hank to be a calming presence for students,” Ward says. “He has such a calm demeanor and just loves being around people. Sometimes all kids need is to give a dog a hug and things don’t seem so bad.”

A press release reveals Ward and Hank have been working on completing dog therapy training since January 2020 but the pandemic put those plans to a halt. The pair have completed all their classes together and have one final test for Therapy Dogs International in October.