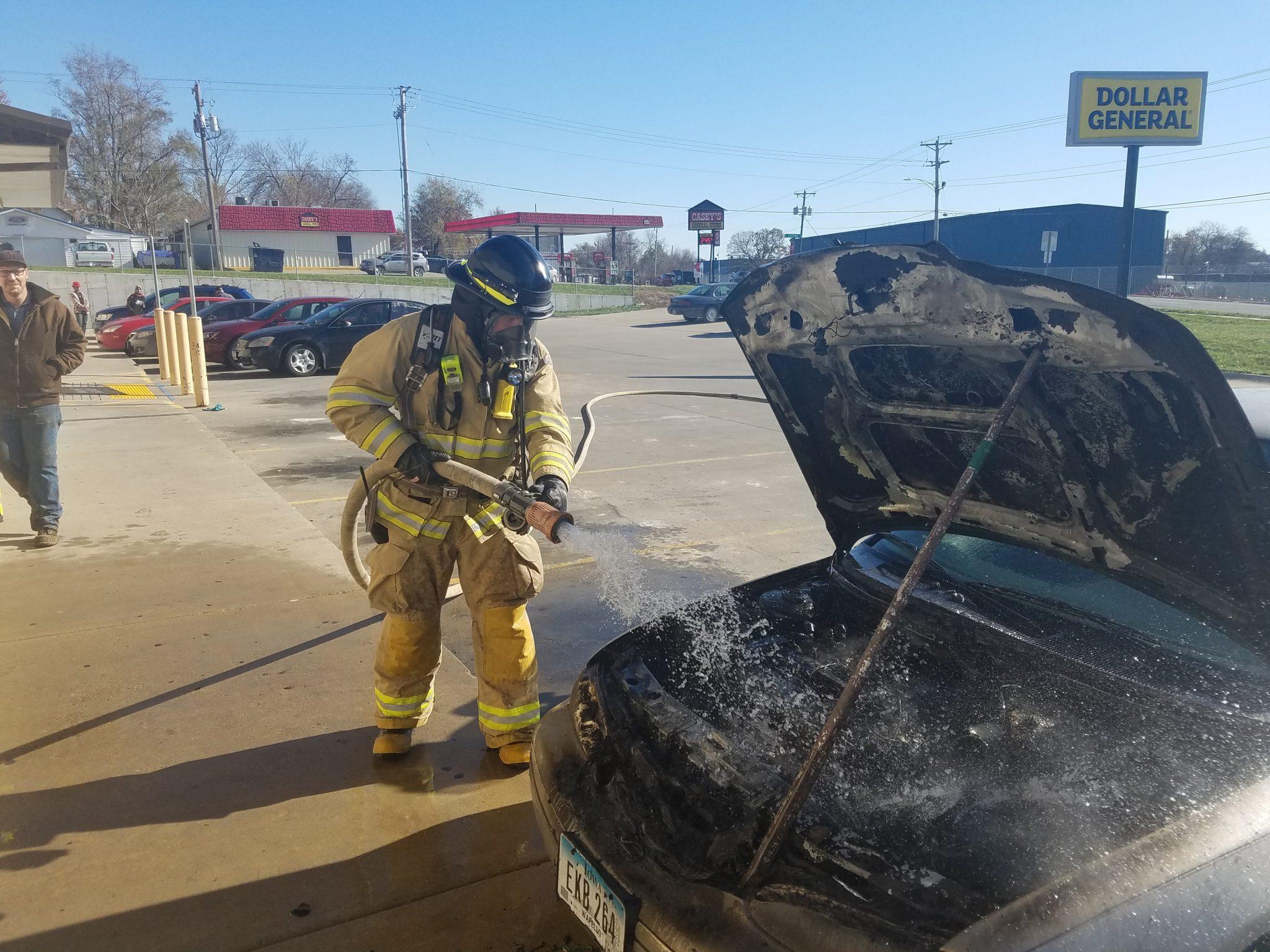 Ottumwa Firefighters were called to a car fire in the parking lot of Dollar General on Main Street Wednesday afternoon.

The car was showing heavy smoke and flames from under the hood when firefighters arrived. They quickly brought the fire under control.

Assistant Fire Chief Mike Craff told Ottumwa Radio News that the owner or driver of the vehicle was inside the store when the fire started. Authorities initially had difficulty locating the driver.

Craff says that the fire is not thought to be suspicious, saying the cause was likely mechanical in nature.