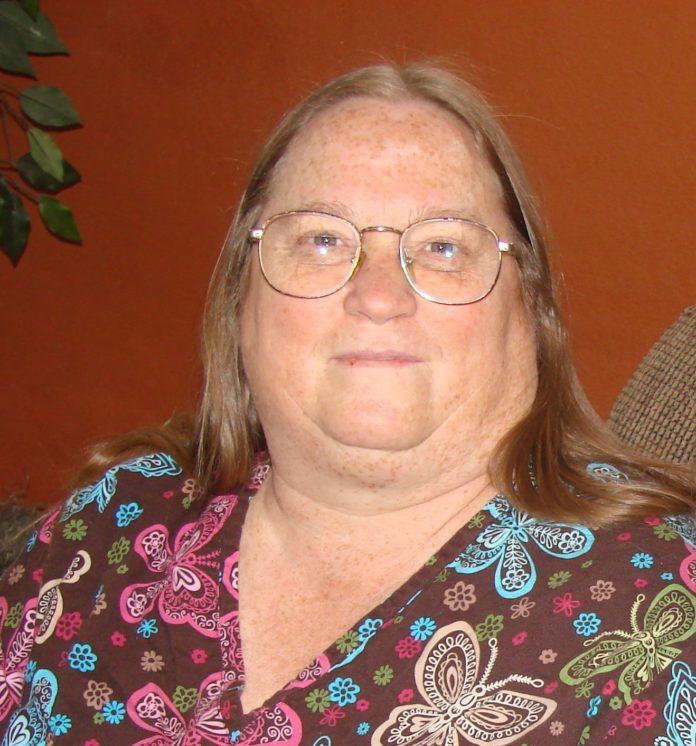 Bonita Joy Blind, age 66 passed away at her home on November 16th, 2021. A graveside service will be held at 11:00 a.m. on Wednesday, November 24, 2021, at the Dibble Cemetery South of Stockport, IA with Pastor Aaron Helterbran officiating. A visitation will begin at 2 p.m. on Tuesday, November 23, 2021, at the Pedrick Funeral Home in Keosauqua with the family present to greet friends from 5:00 p.m. until 7:00 p.m. Memorial contributions in Bonita’s honor may be directed to Camp Courageous and can be mailed to 3166 120th St., Brighton, IA 52540. Friends may sign the online guestbook at
www.cranstonfamilyfuneralhome.com.

Bonita was born February 25, 1955, in Fairfield, the daughter of Paul F. Helterbran & Betty L. Lingenfelter Helterbran. She Graduated from Fairfield High School class of 1973. She attended Bob Jones University for a year in South Carolina in 1977. She married Franklin (Frank) Henry Blind on October 31, 1980, at Round Prairie Baptist Church Lockridge IA. Bonita grew up on a farm south of Lockridge. After marrying Frank, they moved to Stockport area and eventually into Stockport to raise their four children: Jr, Rusty, Christina & Kathy. Bonita started working for MetroMail in 1978 where she ended up meeting
her husband. She worked there through all the name changes Alaniz/MetroGroup and now called Innovairre up until she passed away. As a child she was involved in 4H and was actively involved with Round Prairie Baptist Church where she made lifelong friends. Bonita hobbies included working on genealogy of her family and making sure the family reunion books were signed by all who attended. She enjoyed going to as many of her grandchildren’s actives as she could make!