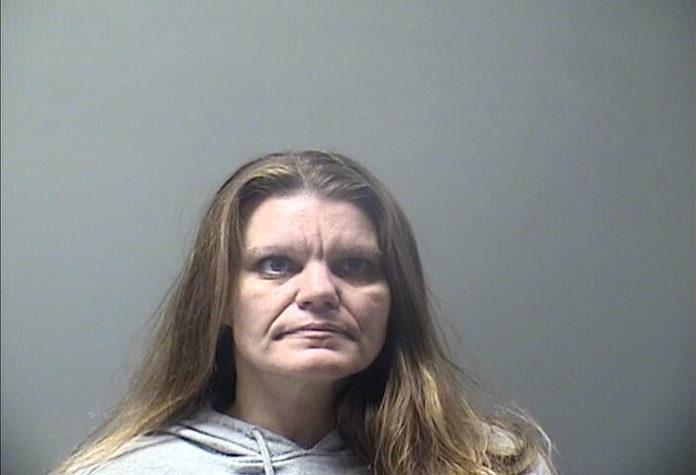 A Blakesburg woman is facing charges after allegedly failing to comply with sex offender registry requirements.

According to court records, on October 26, 2021, a deputy with the Wapello County Sheriff’s Office conducted a sex offender compliance check on 43 year old Catherine Provancha of Blakesburg. According to the incident report, the deputy first went to the first address Provancha gave as hers, a residence on Highway 34. After trying two addresses on Highway 34, the deputy was informed by Provancha that she was currently at a residence across the street from the listed address. Upon meeting with her, the deputy explained the registry requirements to her. Provancha allegedly stated that she stays at multiple addresses. After the visit, she was deemed in violation and an arrest warrant was issued.

Documents from the initial incident show that Provancha lived with Steven Cain in Council Bluffs in 2015. Cain was arrested and charged with two counts of assault with intent to commit sexual abuse and single counts of second-degree sexual abuse, third degree sexual abuse with a minor over the age of 12 and third-degree sexual abuse with a minor under the influence. According to the arrest affidavit, Provancha told investigators that she saw Cain perform sexual acts with her daughter when the daughter was 8 or 9 years old. Provancha was also aware of pornography Cain kept of the underage victim. Provancha, then 37, pled guilty to lascivious acts and for aiding and abetting in the sexual abuse of her daughter, and was sentenced to 20 years in prison, but was released on parole after 6 years.

Provancha was arrested on November 18, 2021, and taken to the Wapello County Jail. She has been charged with Sex Offender Registry Violation 1st Offense (an Aggravated Misdemeanor). She has waived her preliminary hearing and has been released on her own recognizance.