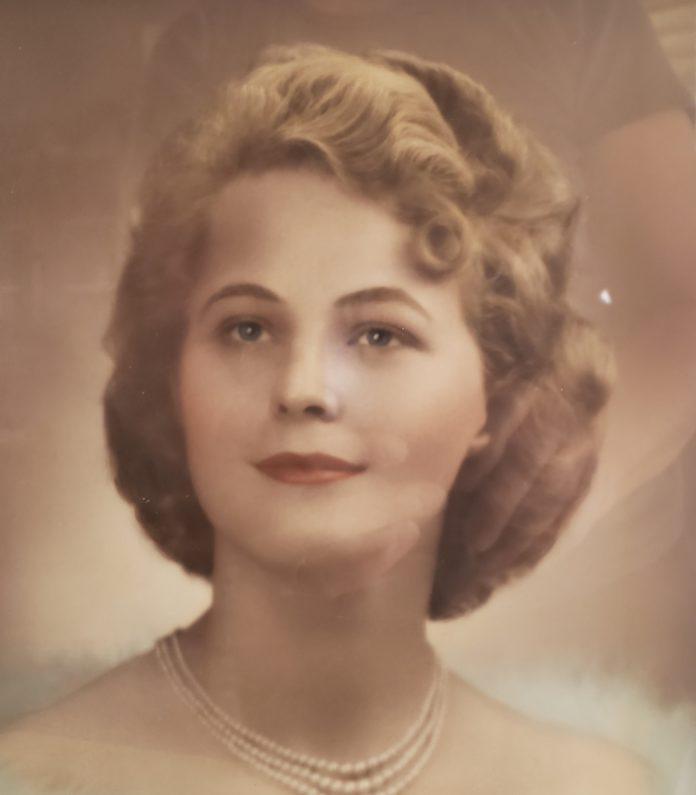 Betty D. McCarty, 83 of Mount Pleasant, Iowa formerly of Pittsburg died at 2:35 P.M. Wednesday April 28, 2021 at the Henry County Health Center in Mount Pleasant.  She was born September 12, 1937 in Fairfield to Thomas Ray and Mable Alice Knott Lewman and was raised south of Birmingham until her family relocated to Pittsburg where she attended country school.  In 1962 she met Leslie D McCarty and  they were married on March 31 in Kahoka, MO.   Before Leslie’s death in July 2019 they had celebrated 57 years together.

She was a stay-at-home mother of seven children and later was employed at the garment facility in Fairfield for 20 years when she followed her passion for caring for people and became a nurses aide. Betty received her GED and pursued nursing courses through Indian Hills Community College.

Betty loved bowling, quilting and baking.  Summers brought additional pleasures in flowering and vegetable gardening where they shared their harvests produce and Betty’s homemade breads, cakes, cookies and pies at local farmers markets.  She attended the First Baptist Church and was  a volunteer at the African Violet Boutique in Fairfield where she continued helping people.

In addition to her husband and parents she was preceded in death by her four year old son Thomas Ray.  Three brothers; Jake Bruders, Thomas and Rex Lewman, three sisters, Ruby and Virginia Wagner, Pauline Bruders and four infant siblings.

Visitation will be from 9-11 AM followed with funeral services at 11:00 AM Thursday May 6th at the Pedrick Funeral Home in  Keosauqua, with Pastor John Kermont officiating.  Burial will be at the Pittsburg Cemetery West of Keosauqua.  Gifts of memorials to be designated later by the family may be left at the funeral home or mailed to the family at 8015 101st Avenue NE, Lake Stevens, WA 98258. Online condolences may be left at cranstonfamilyfuneralhome.com