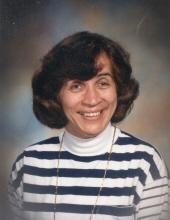 She was born April 17, 1943 in Gelsenkirchen, Germany to Karl Max Oskar and Ellen Maria Ursula Bergmann Metzner. Barbara married Richard Wesley Walker on January 21, 1969 and he preceded her in death on June 3, 2008.

Barbara earned a Bachelor of Science in Physics and Chemistry from Parsons College, a Master of Arts in Secondary School Administration and a Master of Arts in Chemistry from Truman State University. She taught for 26 years at Cardinal, for 17 years at Ottumwa Community Schools and for 8 years at Indian Hills Community College, where she was still teaching. In 1999 she was one of 10 individuals selected to be a National Polymer Ambassador. Barbara has had 2 research articles published and was chosen Iowa Alternative Educator of the Year in 2010.

She was a member of Batavia United Methodist Church. Barbara enjoyed farming.

Surviving is her daughter, June Walker of San Diego, CA.

She was preceded in death by a sister Ingrid and a brother Hanz.

Her body has been cremated.