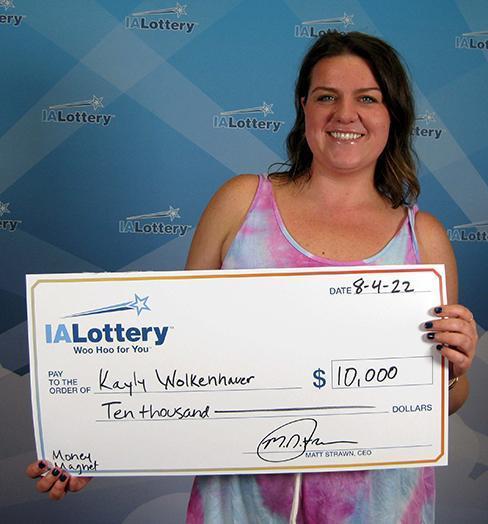 An Agency couple won a $10,000 Lottery prize using what they call an effective approach: he buys them, and she scratches them.

30 year old Kayly Wolkenhauer of Agency told lottery officials that its always been her husband Taylor who chooses the tickets. Wolkenhauer won the first top prize in the Iowa Lottery’s “Money Magnet” scratch game after her husband purchased some tickets at the BP in Agency, and she scratched them during a weekend get-together with their friends.

She mistakenly thought she’d won a big prize on the first ticket until they reviewed it and realized it wasn’t a winner. Upon uncovering a $10,000 prize on the third ticket, she wasn’t sure anyone would believe her. Wolkenhauer said the win comes at a great time. She and her husband plan to put the winnings toward an upcoming trip to Florida for a family wedding.