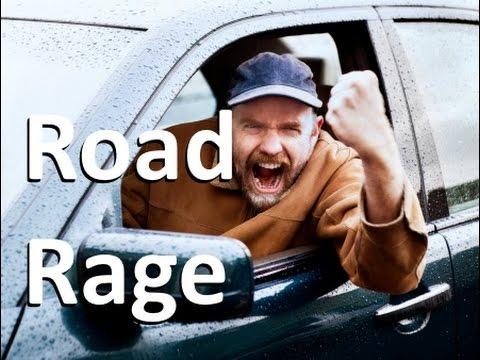 Nearly 80 percent of drivers expressed significant anger, aggression or road rage behind the wheel at least once in the past year, according to a new study released today by the AAA Foundation for Traffic Safety. The most alarming findings suggest that approximately eight million U.S. drivers engaged in extreme examples of road rage, including purposefully ramming another vehicle or getting out of the car to confront another driver.

“Inconsiderate driving, bad traffic and the daily stresses of life can transform minor frustrations into dangerous road rage,” said Jurek Grabowski, Director of Research for the AAA Foundation for Traffic Safety. “Far too many drivers are losing themselves in the heat of the moment and lashing out in ways that could turn deadly.”

A significant number of U.S. drivers reported engaging in angry and aggressive behaviors over the past year, according to study estimates:

Nearly 2 in 3 drivers believe that aggressive driving is a bigger problem today than three years ago, while nine out of ten believe aggressive drivers are a serious threat to their personal safety.

“There will always be things that can cause frustration with other drivers when you’re behind the wheel, said Amy Stracke, AAA’s Managing Director of Traffic Safety Advocacy. “However, it’s important they don’t get in the way of good decision making and distract you from getting to your destination safely.”

The research report is available on the AAA Foundation’s website and is part of the annual Traffic Safety Culture Index, which identifies attitudes and behaviors related to driver safety. The data was collected from a national survey of 2,705 licensed drivers ages 16 and older who reported driving in the past 30 days. The AAA Foundation issued its first Traffic Safety Culture Index in 2008.

About the AAA Foundation for Traffic Safety

Established by AAA in 1947, the AAA Foundation for Traffic Safety is a 501(c)(3) not-for-profit, publicly-supported charitable research and educational organization. Dedicated to saving lives and reducing injuries on our roads, the Foundation’s mission is to prevent crashes and save lives through research and education about traffic safety. The Foundation has funded over 300 research projects designed to discover the causes of traffic crashes, prevent them and minimize injuries when they do occur.

About The Auto Club Group
The Auto Club Group (ACG) is the second largest AAA club in North America.  ACG and its affiliates provide membership, travel, insurance and financial services offerings to over 9 million members across eleven states and two U.S. territories including Florida, Georgia, Iowa, Michigan, Nebraska, North Dakota, Tennessee, Wisconsin, Puerto Rico and the U.S. Virgin Islands; most of Illinois and Minnesota; and a portion of Indiana.  ACG belongs to the national AAA federation with more than 56 million members in the United States and Canada and whose mission includes protecting and advancing freedom of mobility and improving traffic safety.