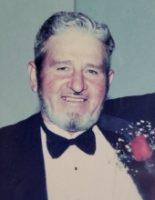 Loren R. Tallman, 92, of Floris, IA passed away Thursday, October 31, 2019 at the Vista Woods Care Center in Ottumwa, IA. A visitation will begin at noon on Wednesday, November 6, 2019 at the Cranston Family Funeral Home in Eldon with the family present to greet friends from 4:00 until 7:00 p.m. At 6:00 p.m. there will be a time for family and friends to share stories and memories of Loren. As were Loren’s wishes, his body will be cremated following the service with burial to be held at a later date. Memorial contributions in Loren’s honor may be directed to the Eldon Senior Meals. Friends may sign the online guestbook at www.cranstonfamilyfuneralhome.com.

Loren was born July 28, 1927, in Humansville, MO, to Elmer and Opal (Morgan) Tallman. His father died when he was 2 years old. Loren lived in Smith Center, KS, until the age of 12, when his mother moved his 4 siblings: Bill, Lucille, Dorothy Jane, Benton and him to Sumner, NE to work as a phone operator. He gained a stepfather, Rudy English and a baby sister, Shirley, in Sumner. Loren worked hard on the farm, hunted jack rabbits, shot rattlesnakes, played football and partook in watermelon theft. In 1944, at the age of 17, he enlisted in the U.S. Navy. His training was in Farragut, Idaho. After graduation, Loren was assigned to the USS Swanson as a fireman first class working in the engine room. He spent the majority of his naval time in the Pacific Theater. Loren was honorably discharged at the end of World War II. Loren returned home to Sumner and then joined a Navy buddy from Cherokee, Iowa. They travelled to several states with a crew for the wheat harvest. In Cherokee, Loren met his first wife, Delores Curtis. They had four children: Vickie, Sandra, Gary and Mike. Loren often talked of his father-in-law, Harry Curtis, and their fishing escapades. In Cherokee, he worked for a house mover and construction crew. Delores and Loren moved to Cedar Rapids in 1954. He worked summers for Fred Carlson Paving Contractors and at Wilson Packing Plant in the winters. Loren and Delores were divorced in 1964. Loren met LeAma Bates McClure in Eldon, Iowa. They were married December 1964 and had three children, Neil, Paul and Jan. They lived on a farm in Davis County, Iowa. Loren retired from Fred Carlson at the age of 65, but continued to help them with special assignments into his 70’s. He worked for Carlson for 38 years and developed many long-lasting friendships. After Loren stopped working, he became an avid gardener and shared his abundant produce with his neighbors and friends. He mowed and square baled his last hay crop this summer with the help of Will, his grandson.